The expected results were to reduce and/or eliminate blue-green and green algae in the lagoon to permit the treatment system to meet ECA regulated limits and produce a high quality effluent including meeting the limit for TSS.

The Ontario Ministry of Environment, Conservation and Parks (MECP) sets effluent limits under an Environmental Compliance Approval (ECA) for the treatment plant including total suspended solids (TSS). Exceedances of TSS limits was a concern. Algae blooms were determined to be the root cause of TSS exceedances. Therefore, algae needed to be controlled in order to take the burden off of the Submerged Attached Growth Reactor (SAGR) disc filter so that the treatment process  was not overwhelmed by the algae. With the algae under control, the process could operate effectively without exceeding TSS objectives in the ECA. 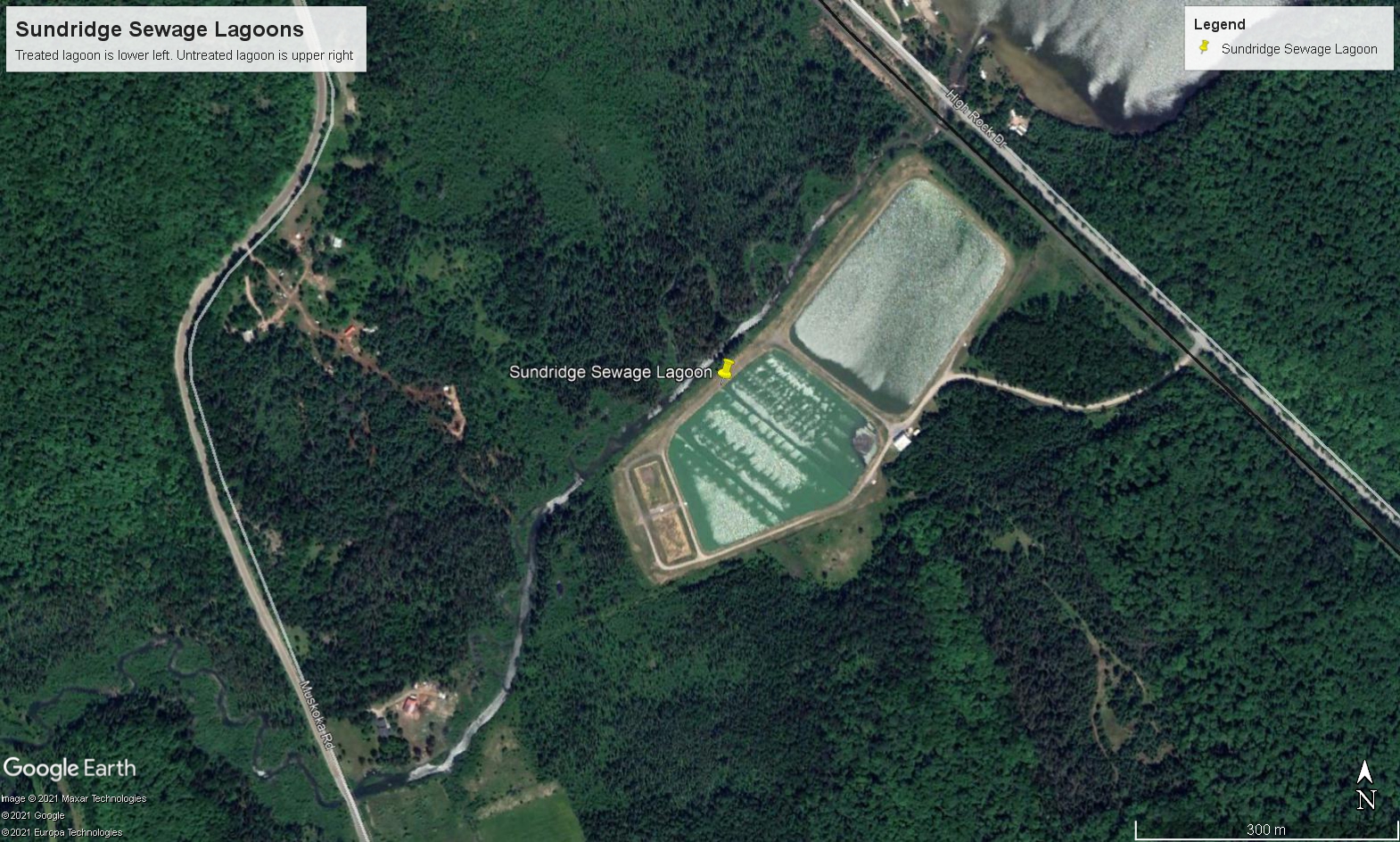 The expected results were to reduce and/or eliminate blue-green and green algae in the lagoon to permit the treatment system to meet ECA regulated limits and produce a high quality effluent including meeting the limit for TSS. 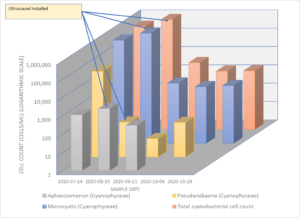 Based on the phytoplankton analysis from July as shown in Table 1, there were two species of algae (highlighted yellow) detected in the sample that are known to be unaffected by ultrasonics, specifically Chlorophyceae (Chlamydomonas sp) and Cyanophyceae (Pseudanabaena sp.). These two species make up a very small part of the total population that is dominated by the blue-green algae (Cyanophyceae (Microcystis sp.)). This is illustrated for Pseudanabaena sp. in Figure 1 with little change in cell counts between August and October 10. This disappearance of the species by October 28 may be related to changes in temperature or other factors that control its growth and reproduction.

The City of Sundridge purchased the ultrasound unit, and the project was managed, through:

Here additional case studies and testimonials from our past happy customers over years. 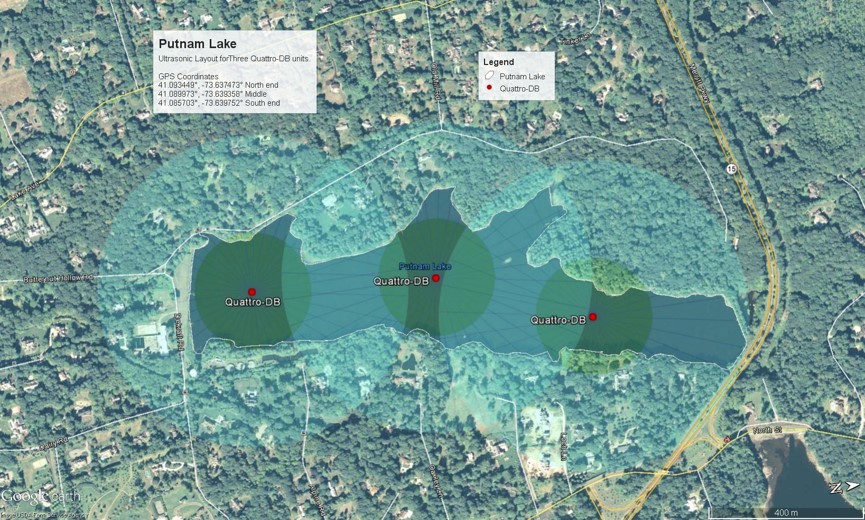 The goal for utilizing ultrasound in the North Stamford, Putnam and Mianus reservoirs was to reduce the need for copper sulphate treatments to take care of a blue-green algae issue.

Irrigation pond was constantly covered in algae even though there was a company who came monthly to treat the ponds.